Wofford OneSearch is a single search platform that contains books, ebooks, journal articles, magazines, newspapers, audio, video, and reference materials. It is a great place to explore your topic and find scholarly resources, but it can sometimes be overwhelming due to the amount of information a normal search will pull up. Think of it like shopping on Amazon: you should tell OneSearch exactly what you're looking for using keywords and choosing the right limiters in the left column of your search results. 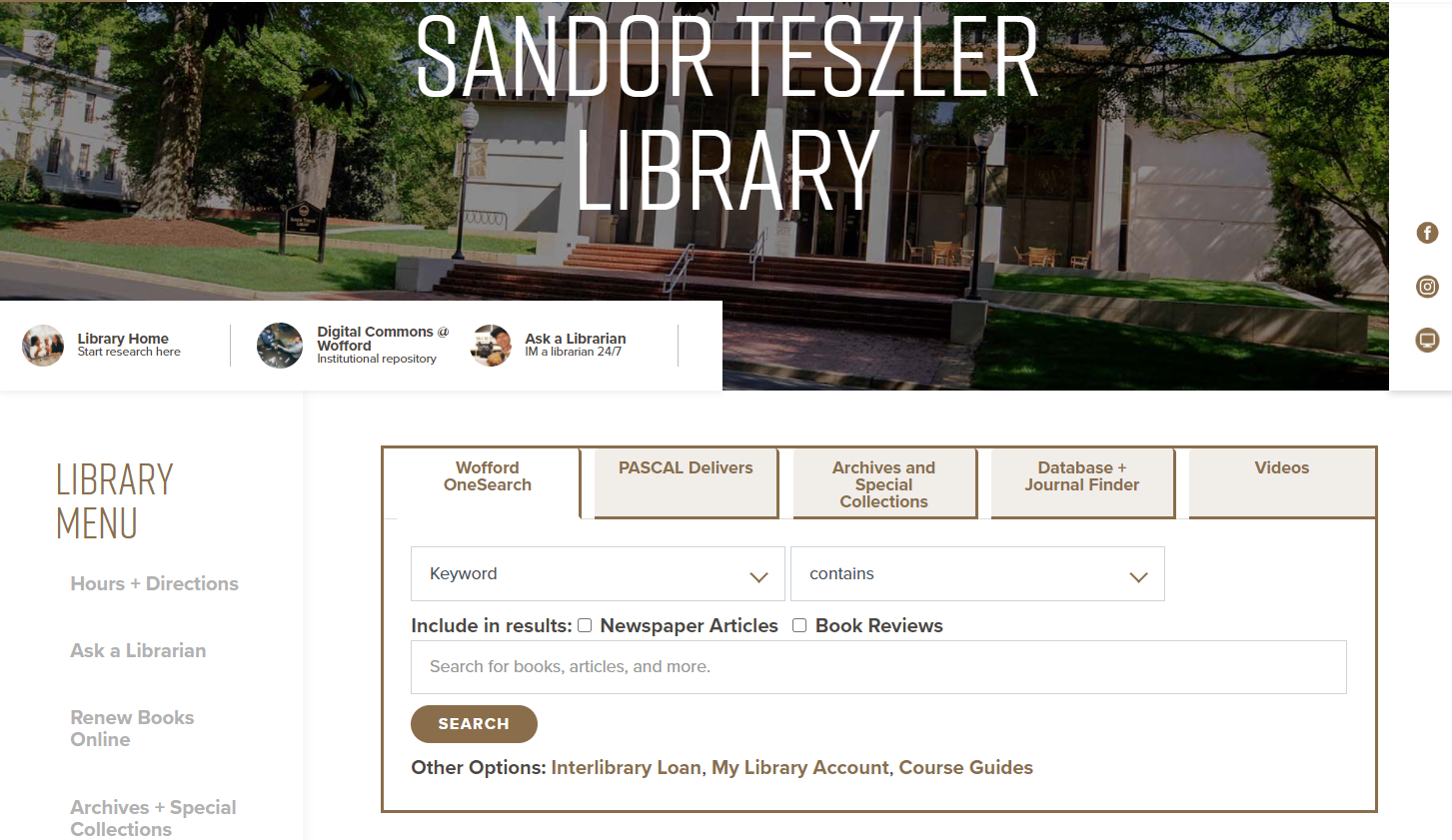 For example, a search for genetic engineering retrieves nearly 1.7 million results. You can narrow your search by adding additional keywords or using the limiters in the left column. 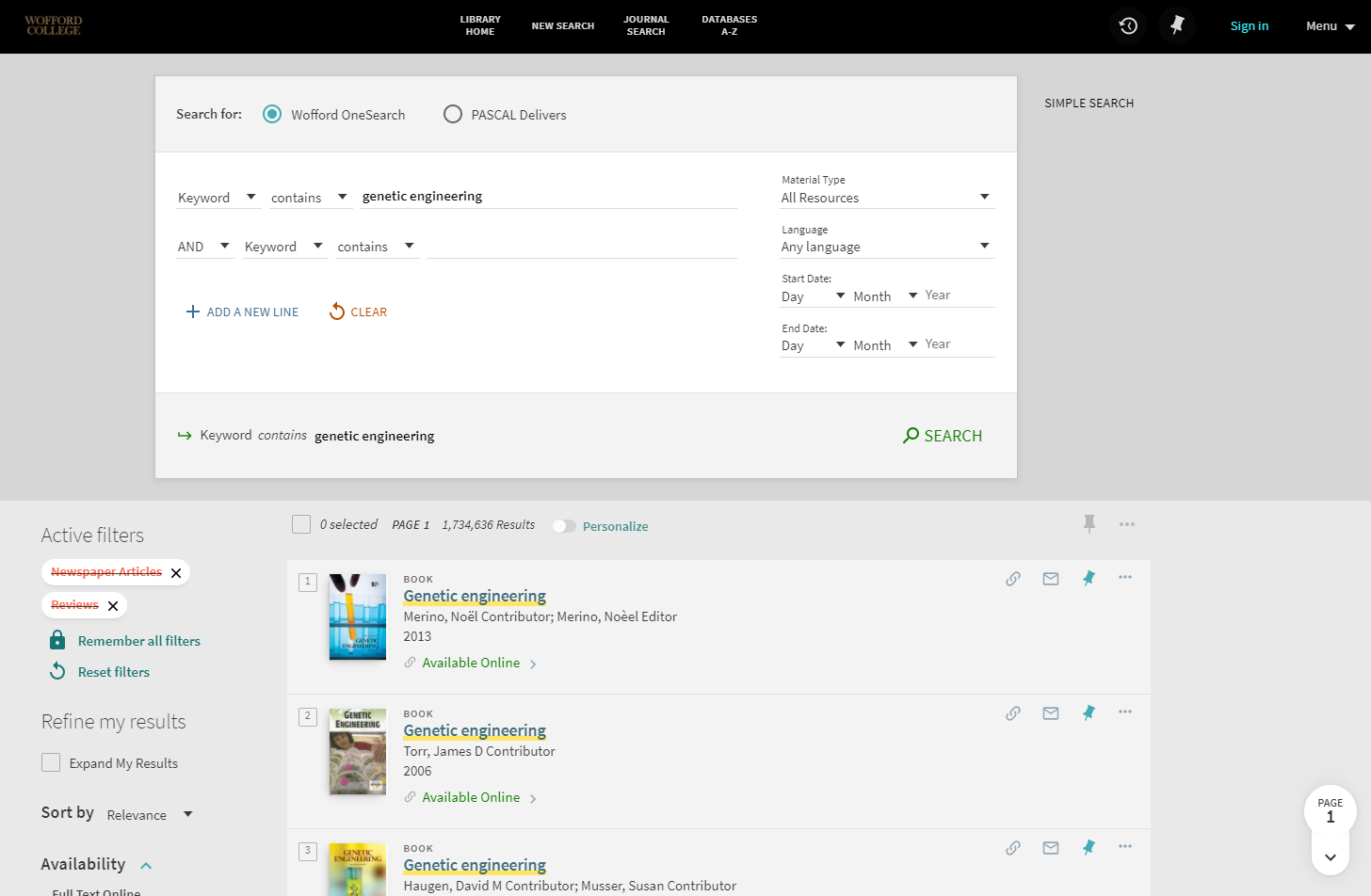 Choosing only scholarly and peer reviewed articles and limiting our results to articles published in the last 5 years reduces the number of articles to about 160,000. 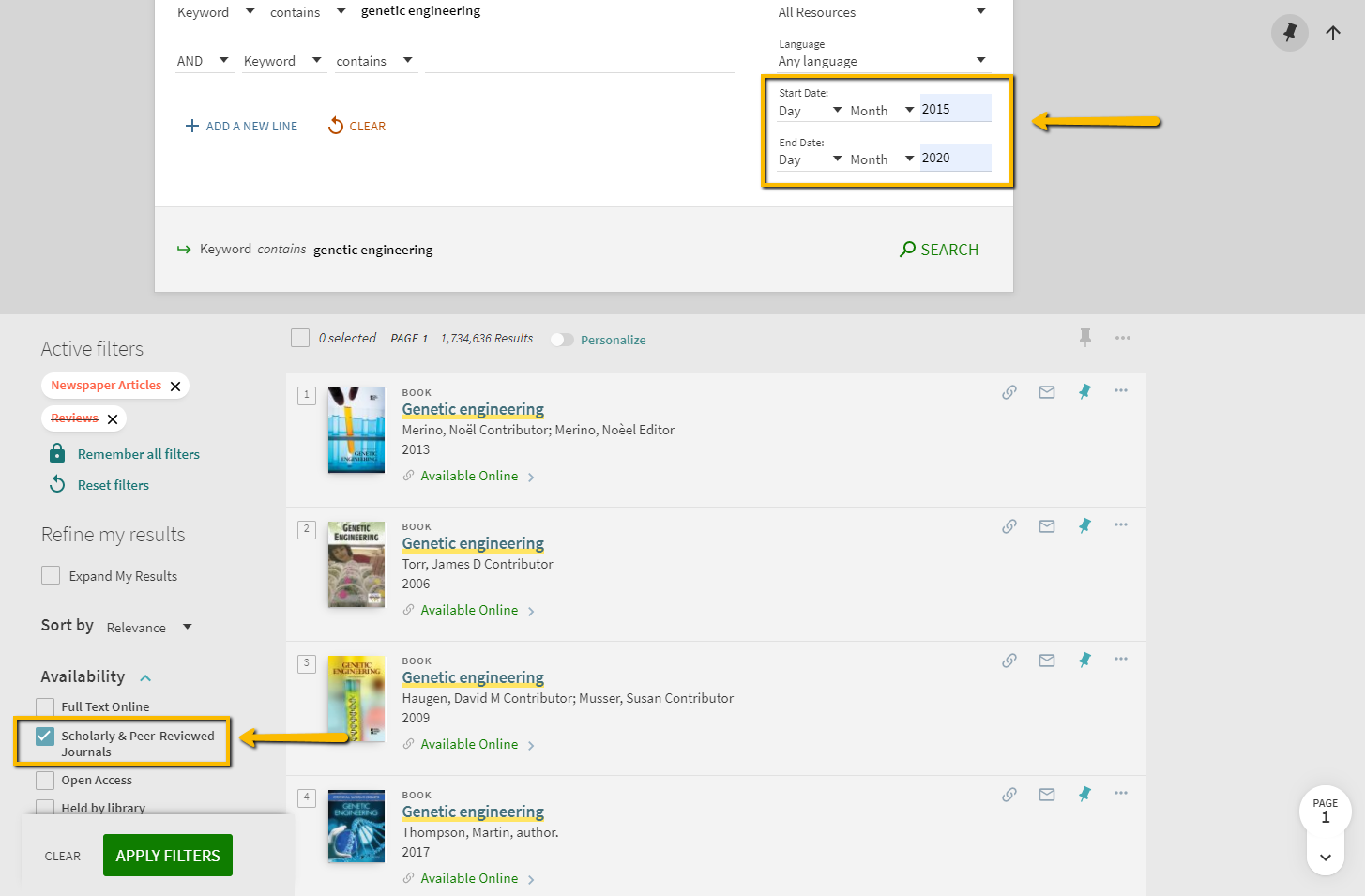 Finally, we can add additional keywords to make our search more specific. Adding the keyword food to our search brings up scholarly articles published in the last five years about the genetic engineering of food. Play around with your keywords and limiters until you find articles or books that will work for your project. 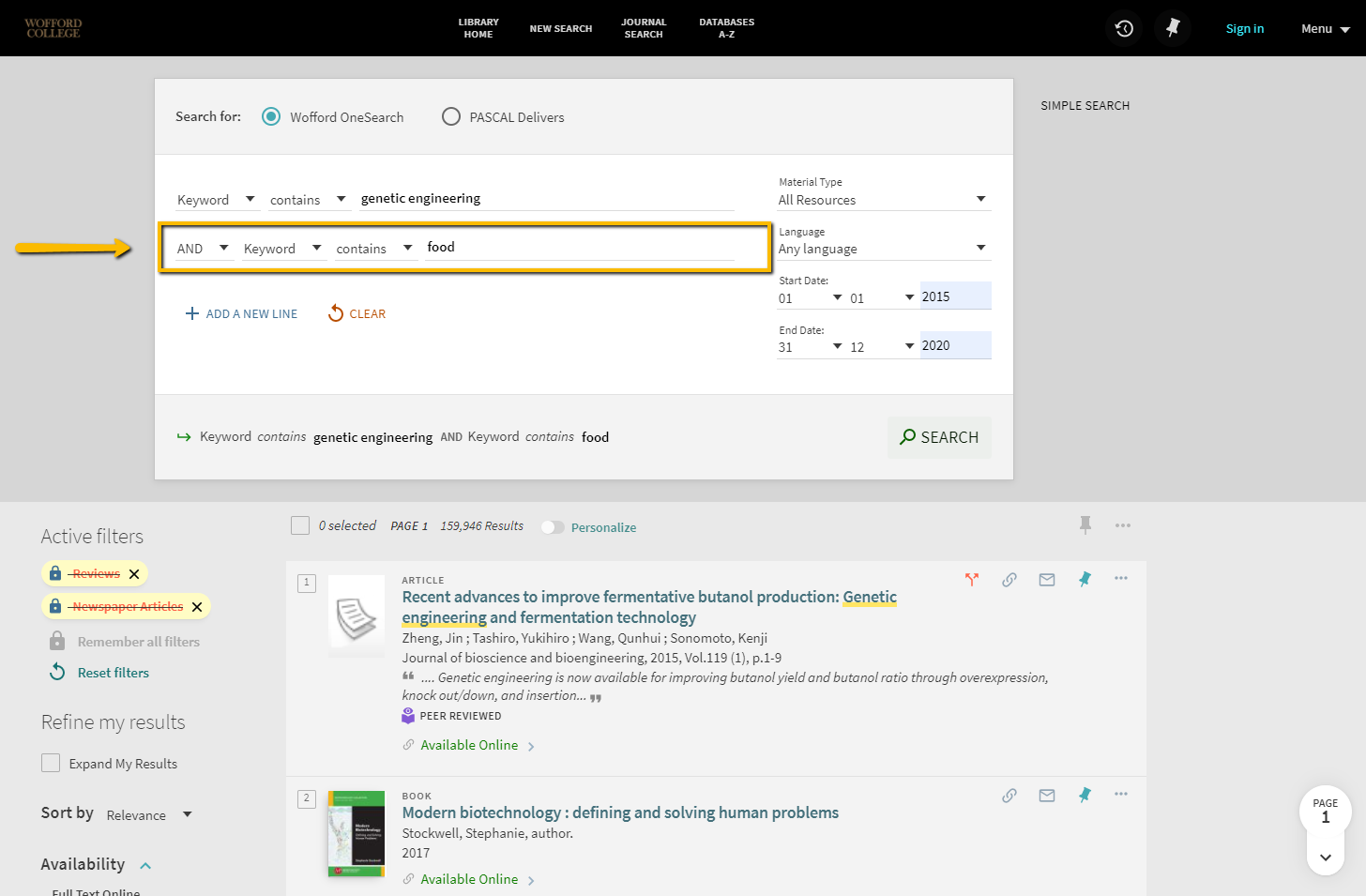 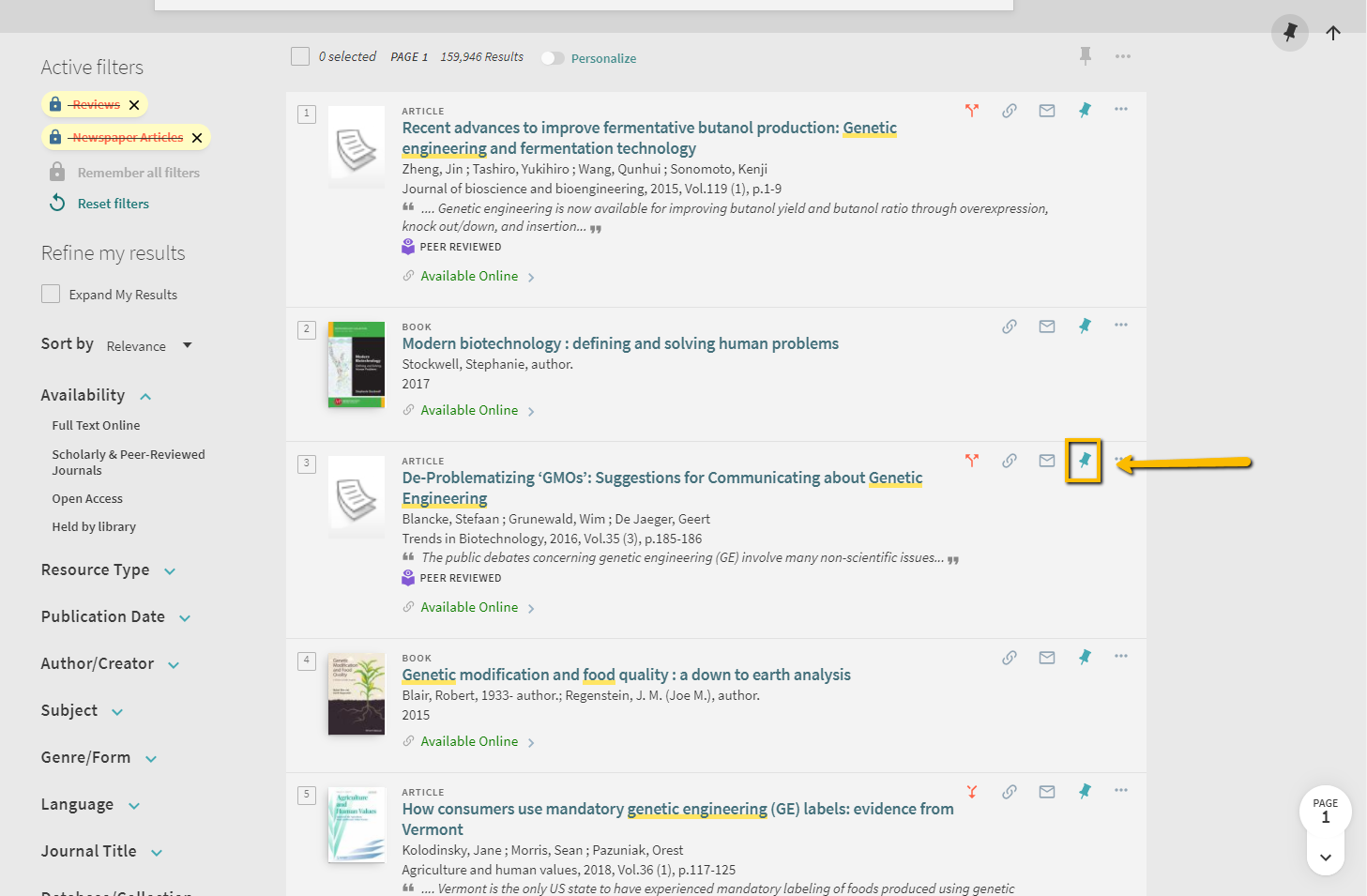 You can also search OneSearch for your topic and limit your search to "film" (for DVDs and VHS) or "streaming video."