Skip to main content
It looks like you're using Internet Explorer 11 or older. This website works best with modern browsers such as the latest versions of Chrome, Firefox, Safari, and Edge. If you continue with this browser, you may see unexpected results.

Primary sources are first hand accounts of historical events created during the period being studied. Primary sources may be text (letters, diaries, newspaper articles) or multimedia (news reporting, sound recordings of speeches, photographs). Hover over the titles of each resource for notes about finding primary sources at each site.

Other Ideas for Finding Primary Sources

Primary sources for recent world events can be found on many websites.  Here are some ideas for you to explore. 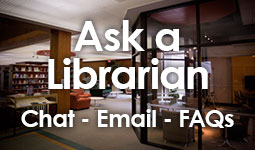