To search for German-language sources in OneSearch, change the language drop down in the top search box to "German." 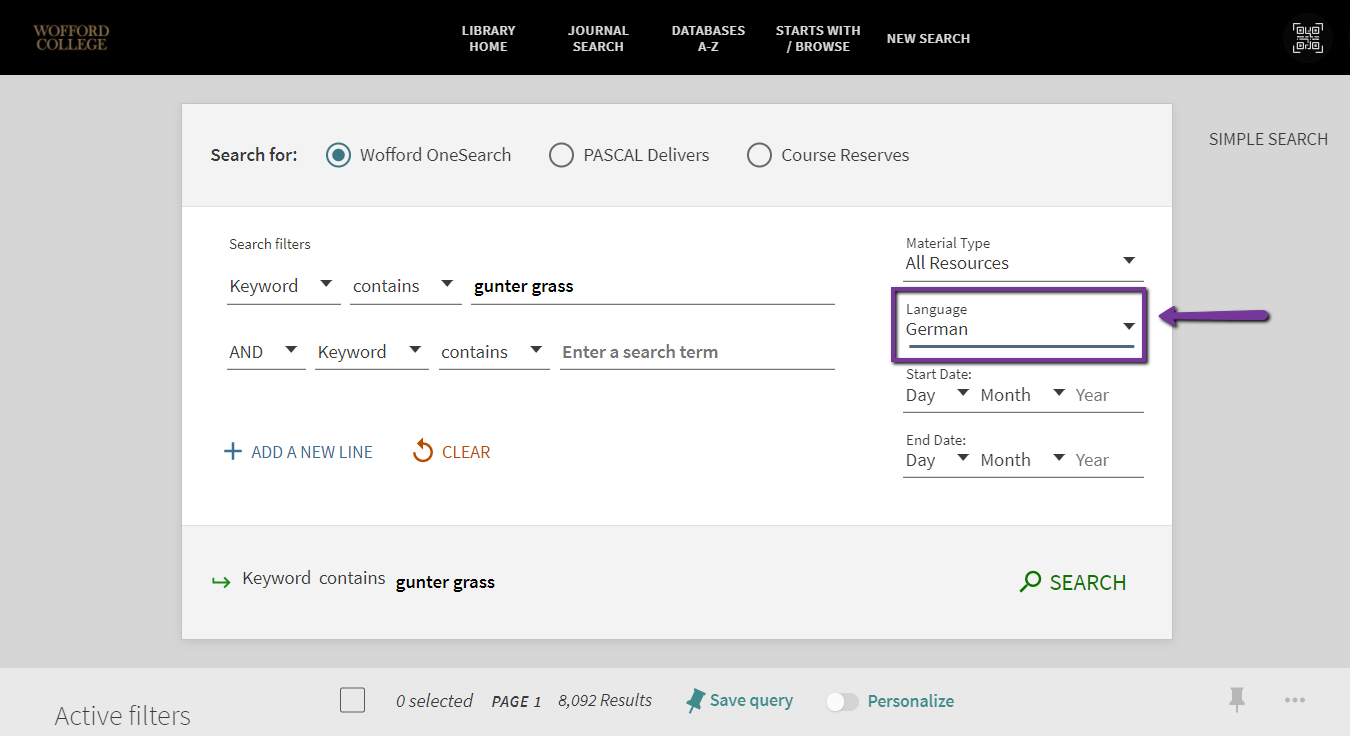 To retrieve sources in both German and English, scroll down to the language section in the left search bar. Hover to the left of each language to bring up the check box, and click there to include a language. Click save to update your results list. 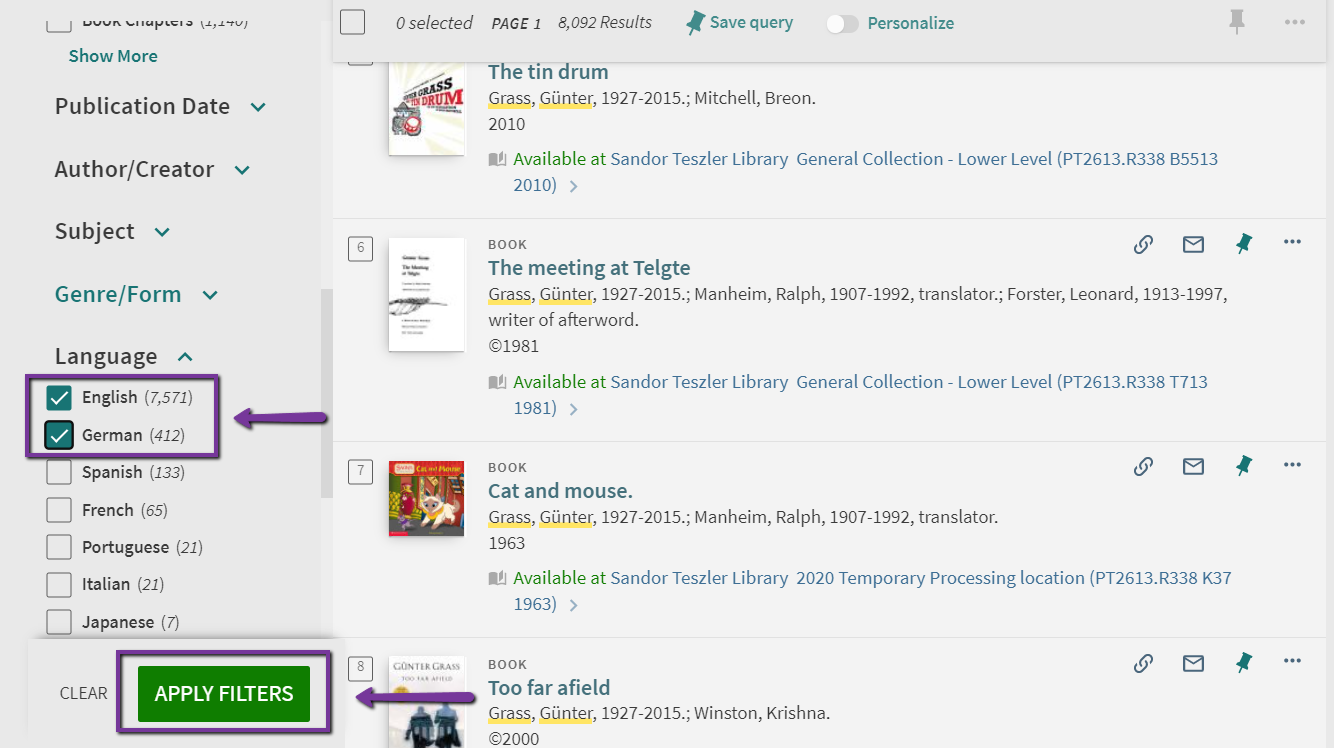 To search for a term or idea in English and German at the same time, put the English phrase on one line in the top search box and the German in the line below it. Change the drop down on the far left of the second line to "OR" to find either of the two sets of keywords in a single results list. This is a great technique for titles of books or short stories, since scholars sometimes refer to the title in German even when they're writing in English. 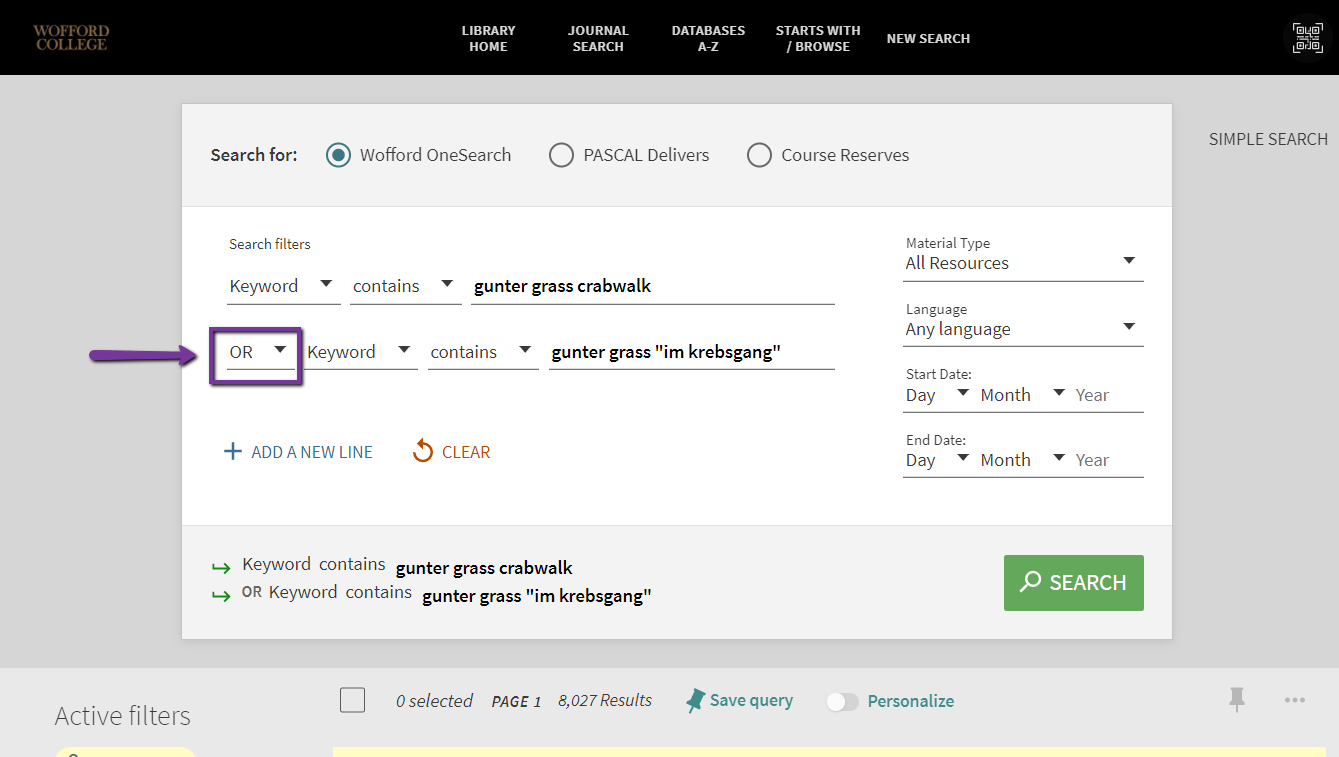