This guide provides images and information about the current exhibit in the library gallery and remembers past exhibits. 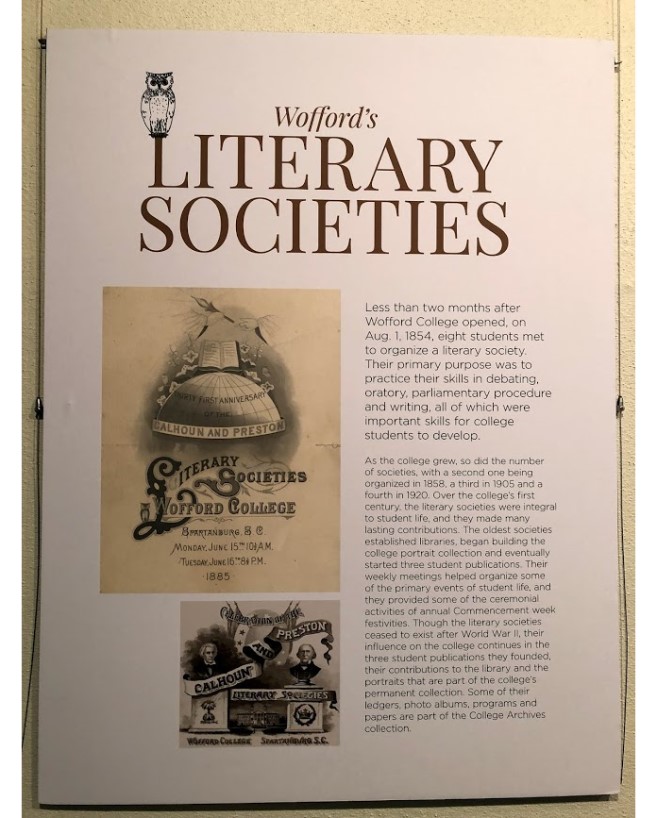 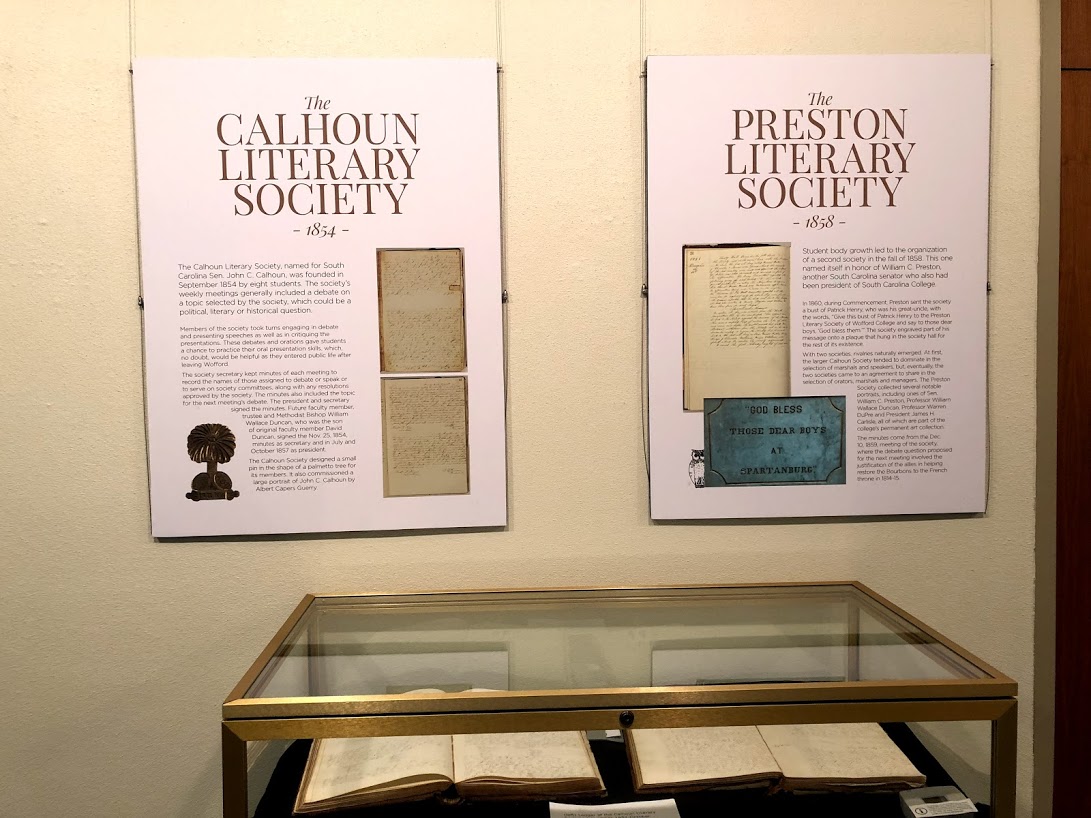 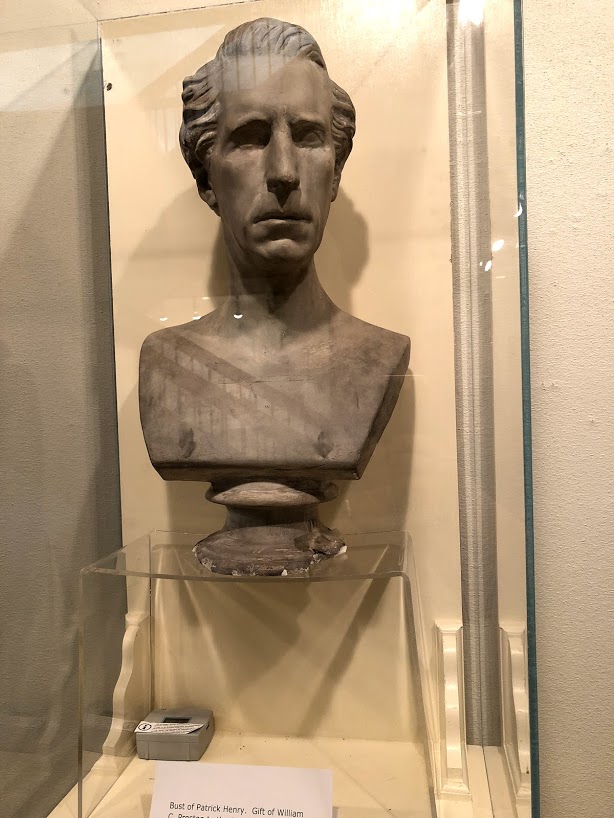 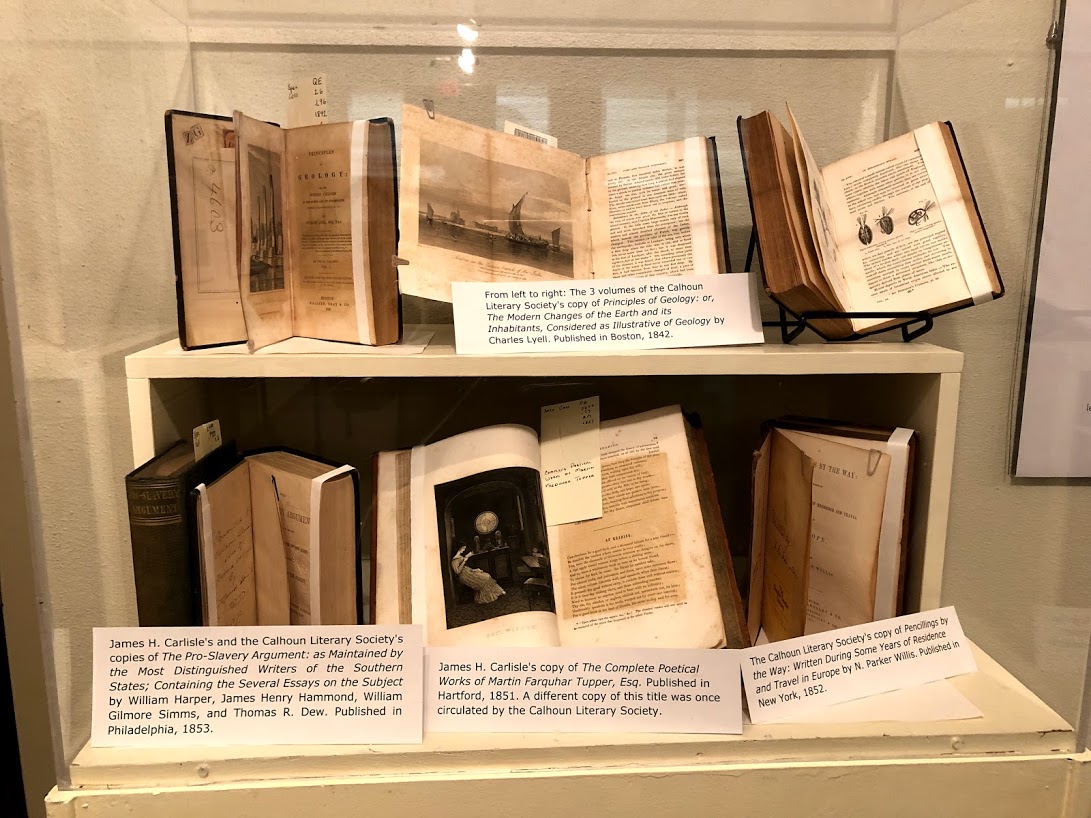 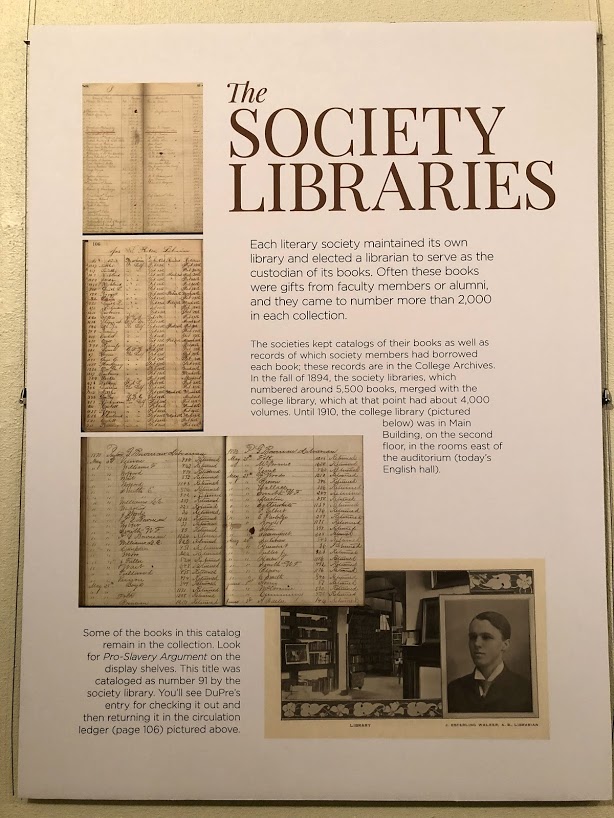 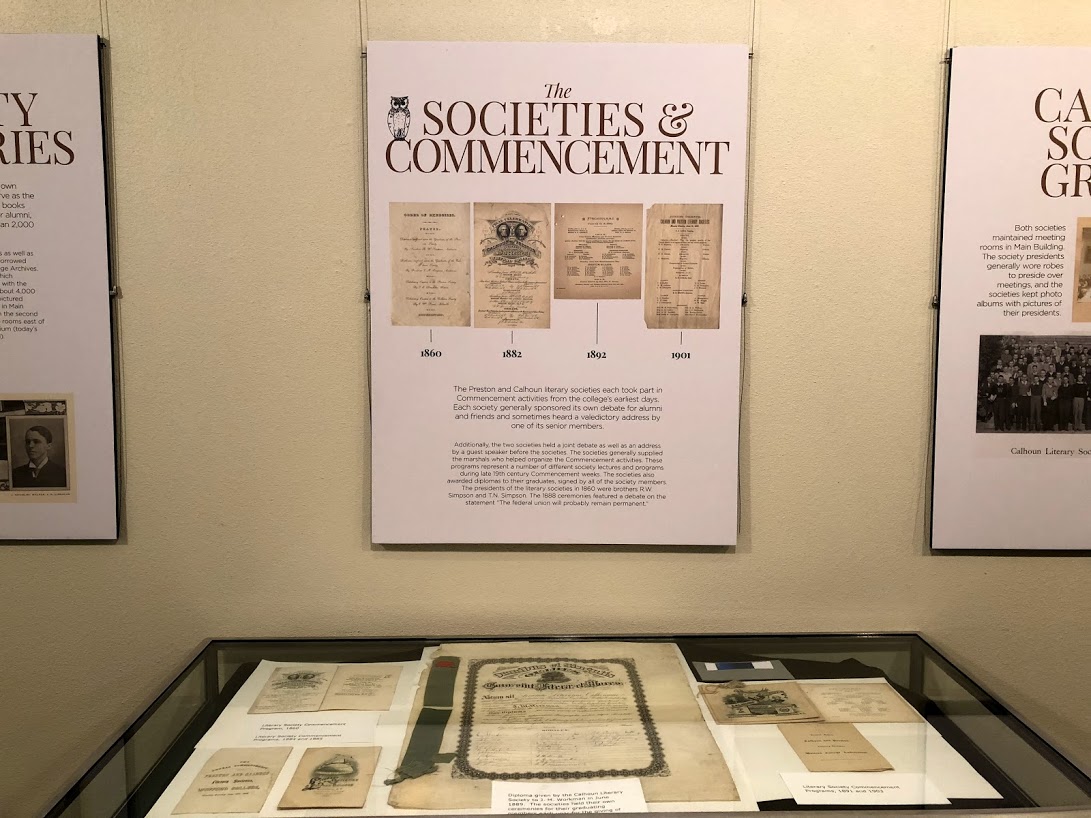 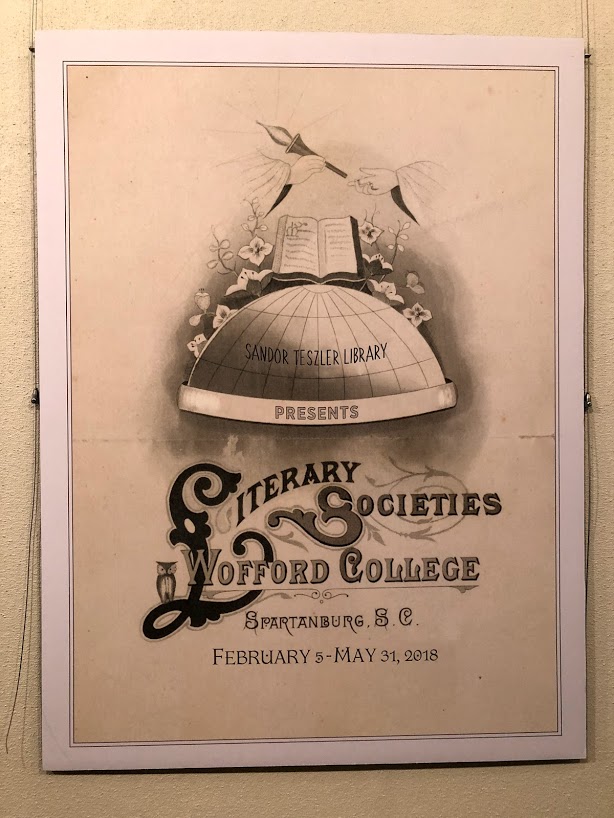 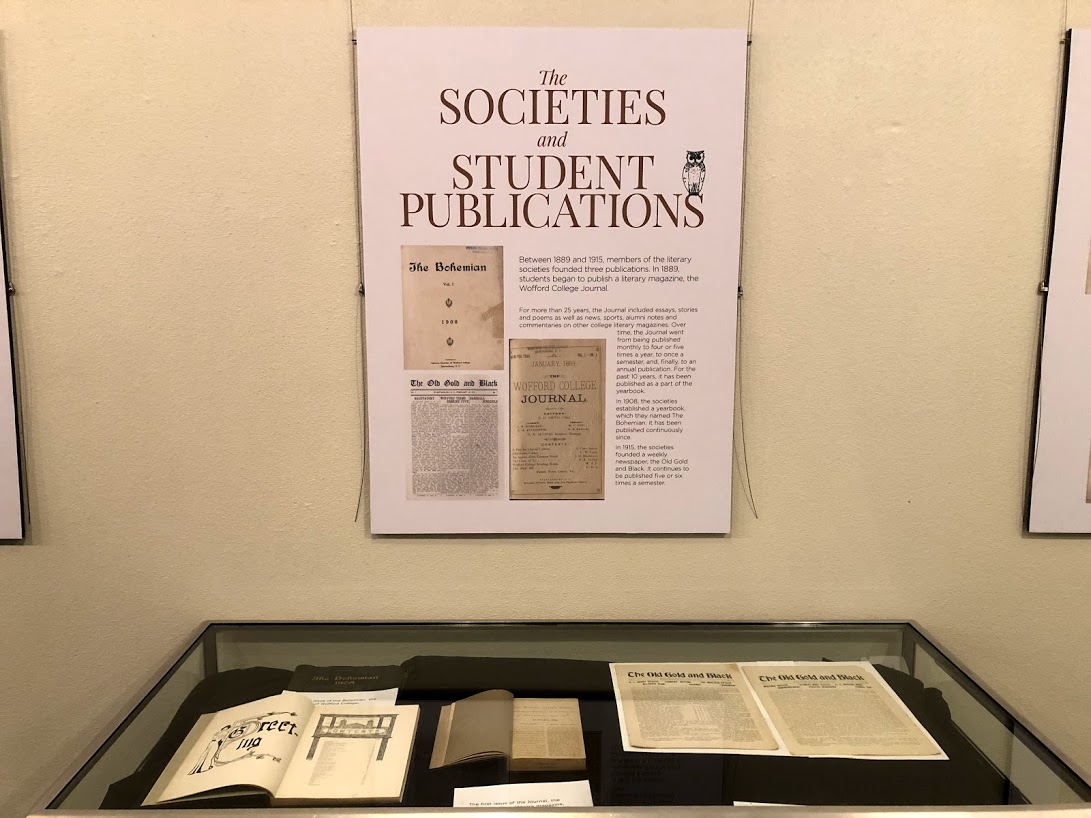 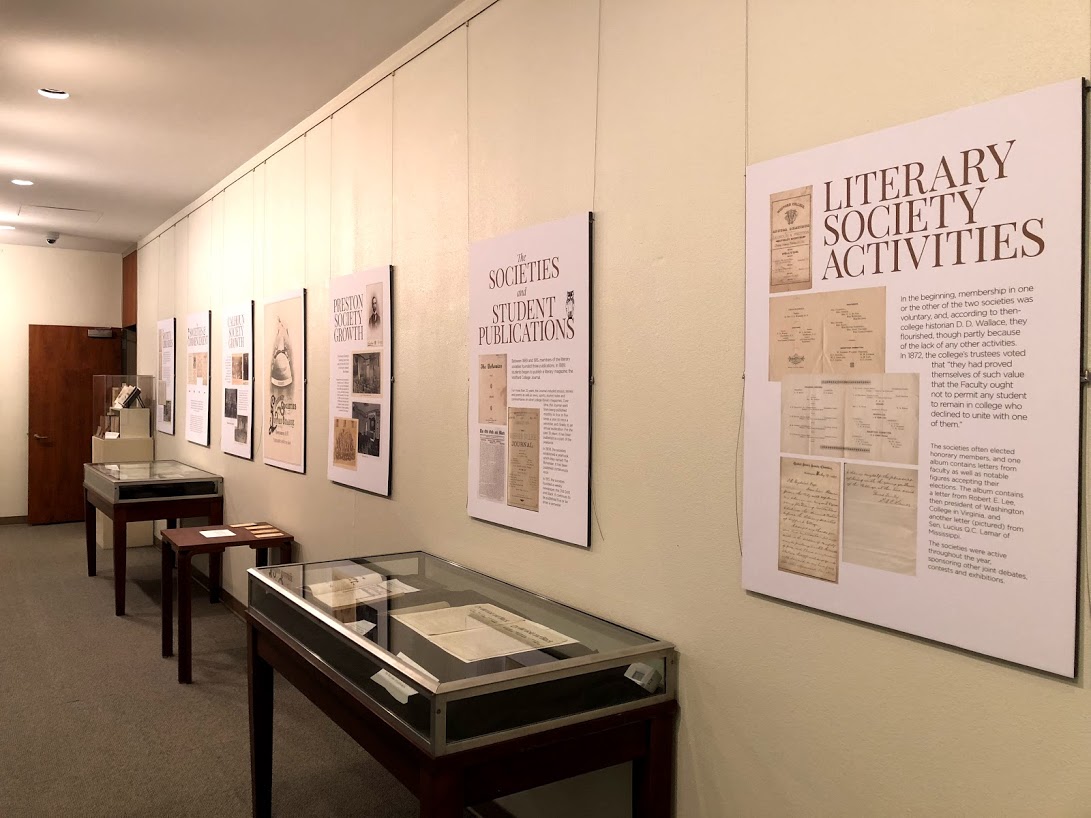 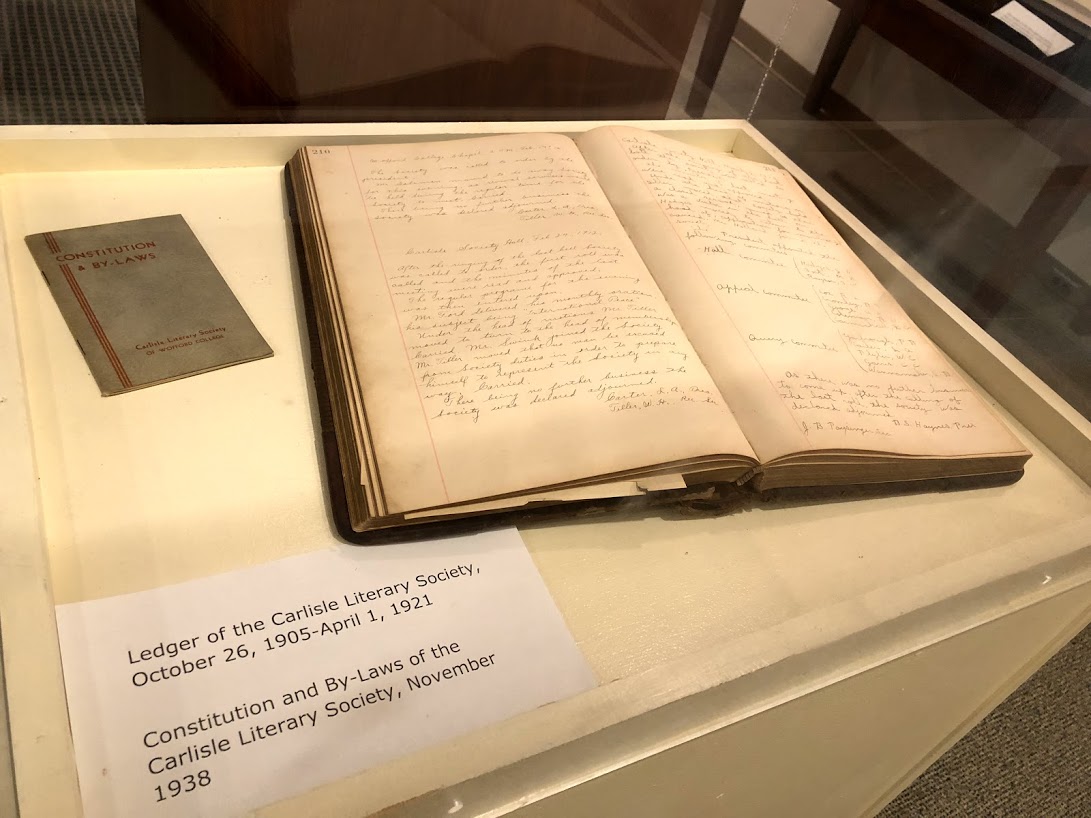 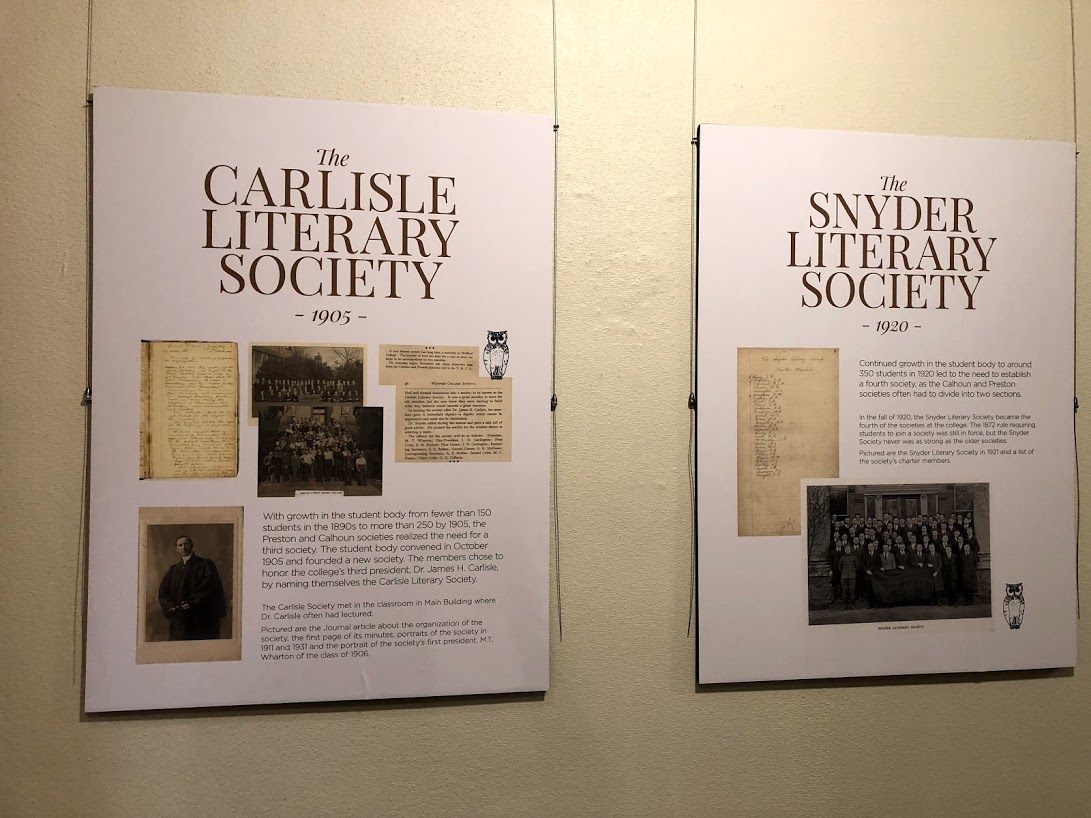 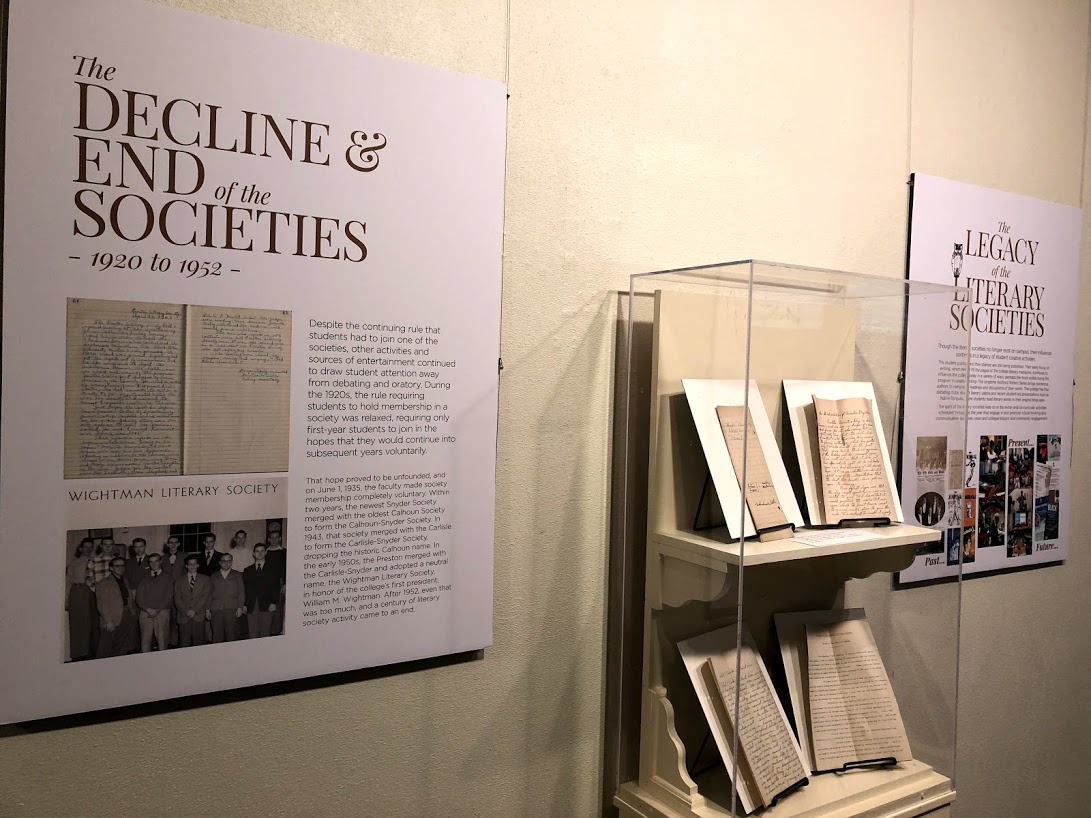 The exhibit for spring 2018 featured the history and legacy of Wofford's Literary Societies.

Less than two months after Wofford College opened on August 1, 1854, eight students met to organize a literary society.  Their primary purpose was to practice their skills in debating, oratory, parliamentary procedure, and writing, all of which were important skills for college students to develop.  As the college grew, so did the number of societies, with a second one being organized in 1858, a third in 1905, and a fourth in 1920.  Over the college’s first century, the literary societies were an integral part of student life, and they made many lasting contributions.  The oldest societies established libraries, began building the College portrait collection, and eventually started three student publications.  Their weekly meetings helped organize some of the main events of student life, and they provided some of the ceremonial activities of annual Commencement week festivities.  Though the literary societies ceased to exist after World War II, their influence on the College continues in the three student publications they founded, their contributions to the library, and the portraits that are part of the College’s permanent collection.  Some of their ledgers, photo albums, programs, and papers are part of the College Archives collection.